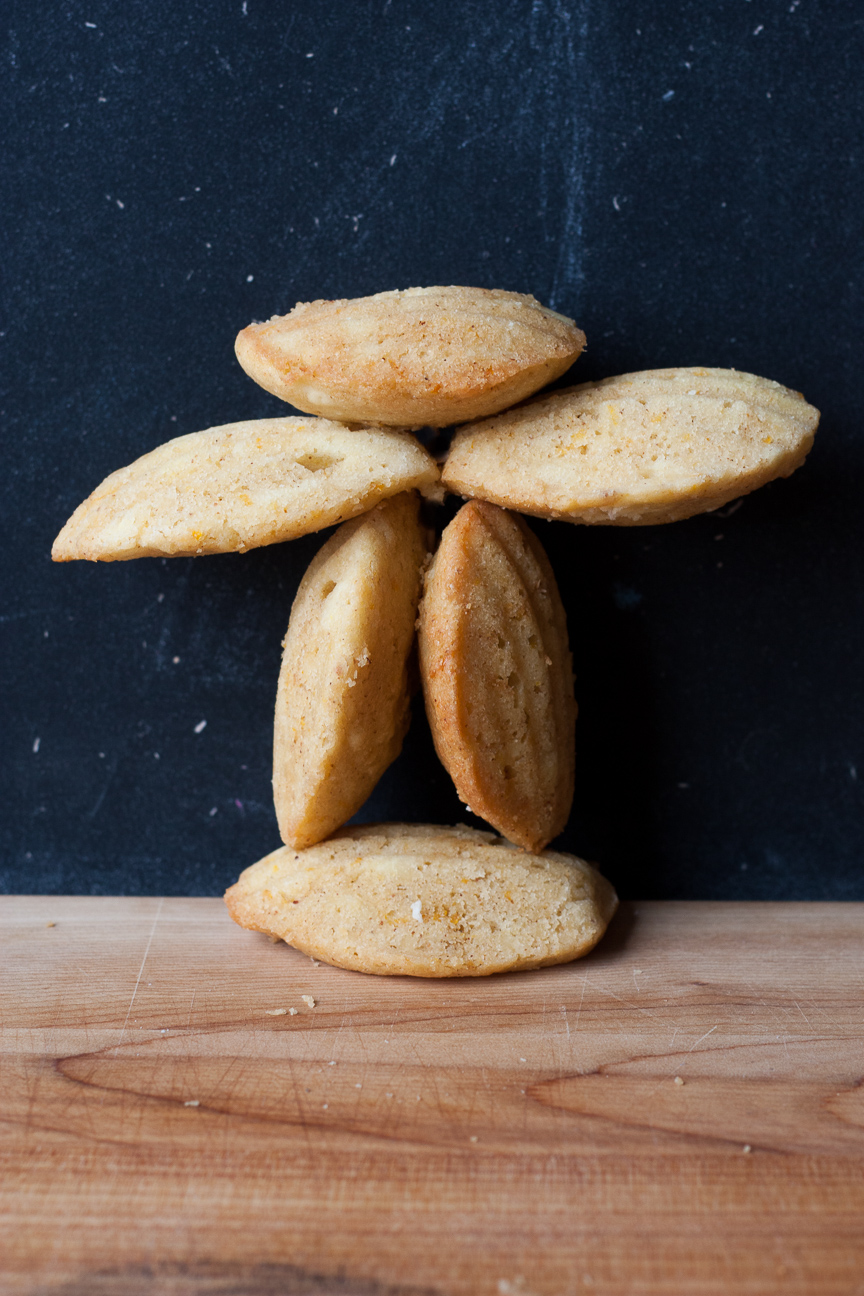 I made these Orange Hazelnut Madeleines for Easter this year. Madeleines are a delicate and lightly sweet mini cake (often called cookies) baked in a scallop shaped metal tray. They are ubiquitous to France and eaten almost every day: hot off the press with coffee during a morning visit to the market or later for an afternoon snack. They are so perfect when you’re craving something sweet, but only want two or three bites. I don’t know about you, but that’s me pretty well every day. I dipped my madeleines with an orange glaze, but you can eat them plain. They’re nice both ways.

This is the first time I have ever made madeleines. My husband bought me a madeleine mold several years ago but I had actually never used it until now. I read many madeleine recipes over the years but the thought of making homemade madeleines always sounded so tricky. So, I put off baking any for ages!! Well, that was all for nought. Sure, madeleines have specific instructions but if you follow them step-by-step they’ll work out beautifully. Promise!

I made mine with browned butter. The instructions and photos for browned butter are in the recipe for Brown Butter Finnish Cookies. The flavour of browned butter goes well with these Orange Hazelnut Madeleines. 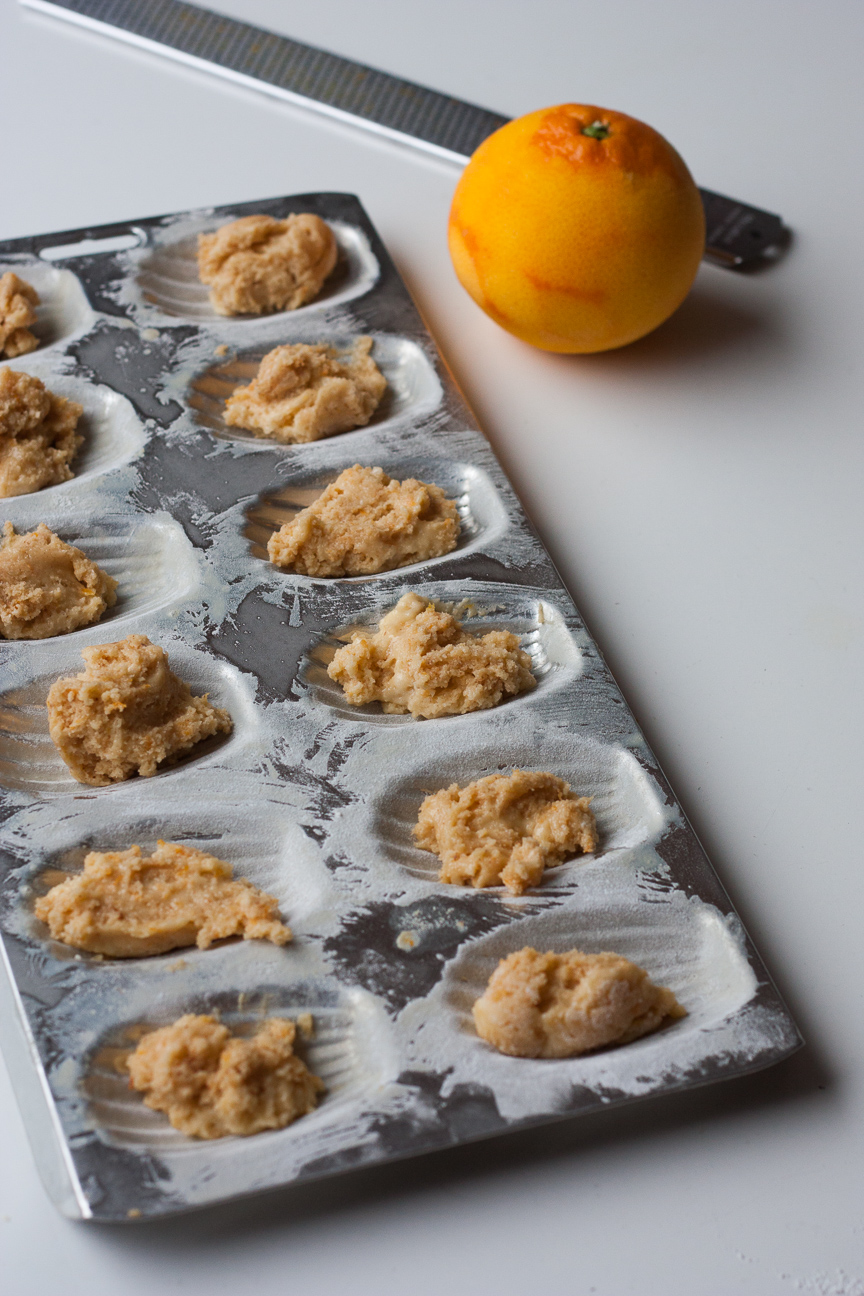 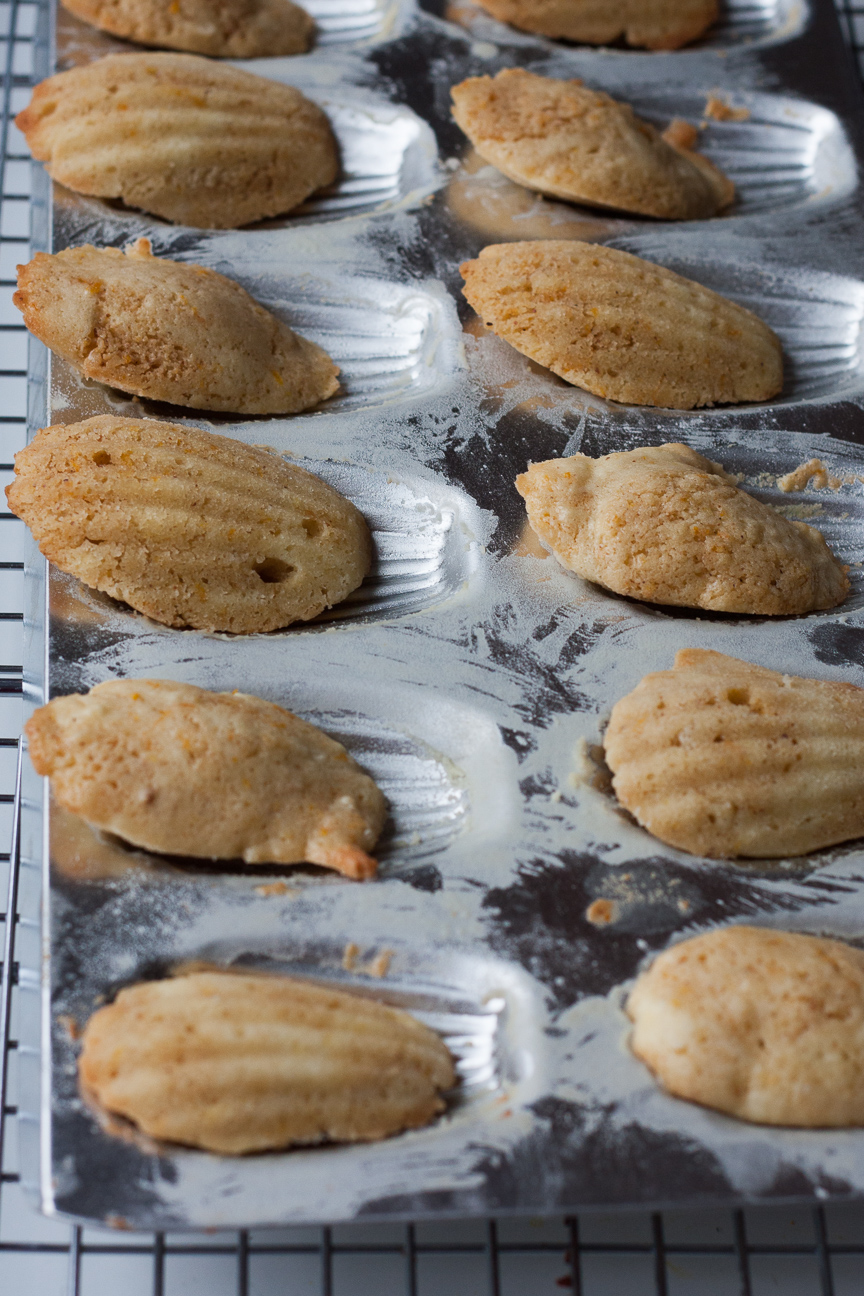 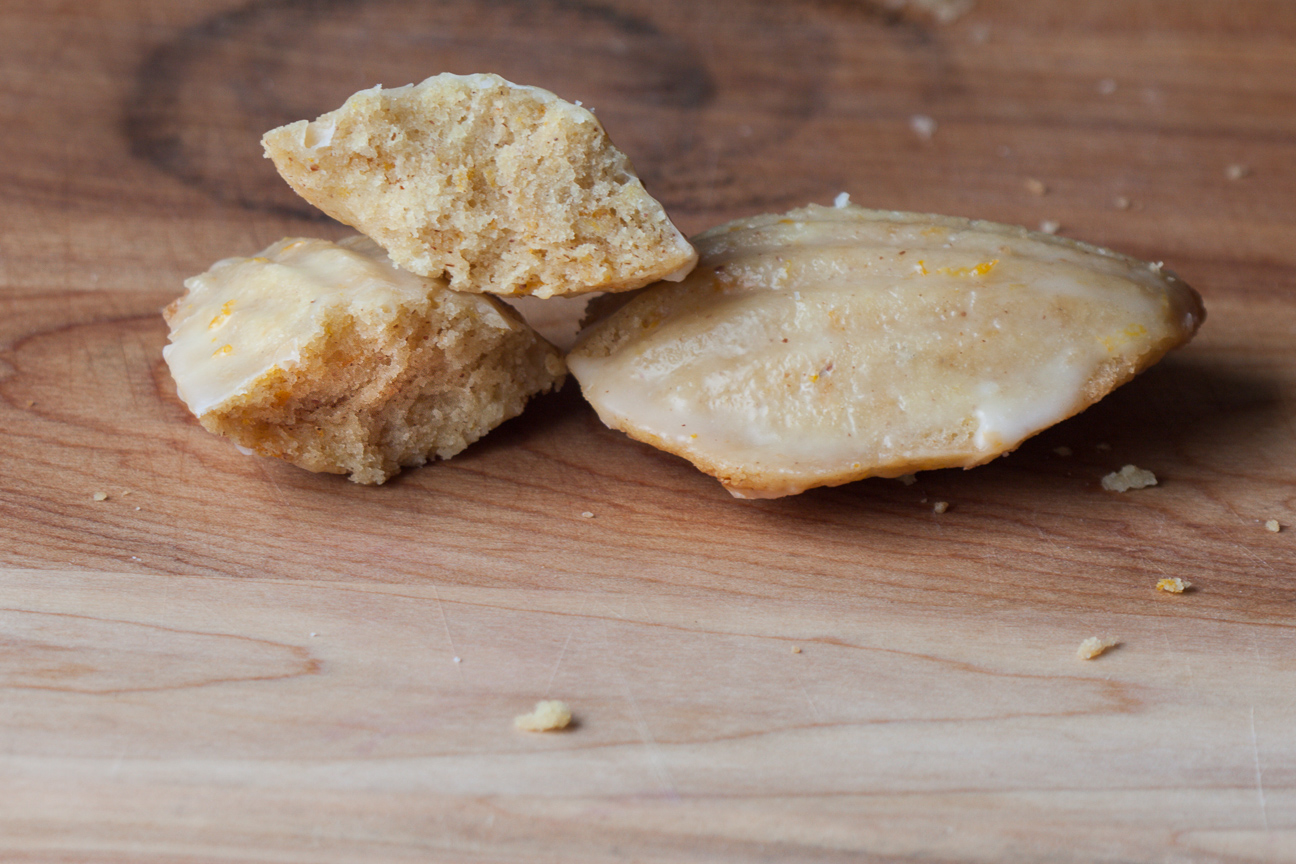 As I mentioned last year in my post on Easter Mini Simnel Cakes, my family has no favourite Easter dessert. Anything goes really, as our family has never had a traditional Easter sweet. I was thinking about what to make this year – something Scandinavian with cardamom? or Italian Pastiera di Grano? Just before Easter, our family was keeping up on the news about the fire at Notre Dame and reading about it’s lengthy history. I have very vivid memories of visiting Paris and Notre Dame Cathedral many years ago. It was hard not to reminisce about France. I don’t know about you, but a lot of my travel memories focus on food, so with France in our thoughts, I decided to bake french Orange Hazelnut Madeleines. 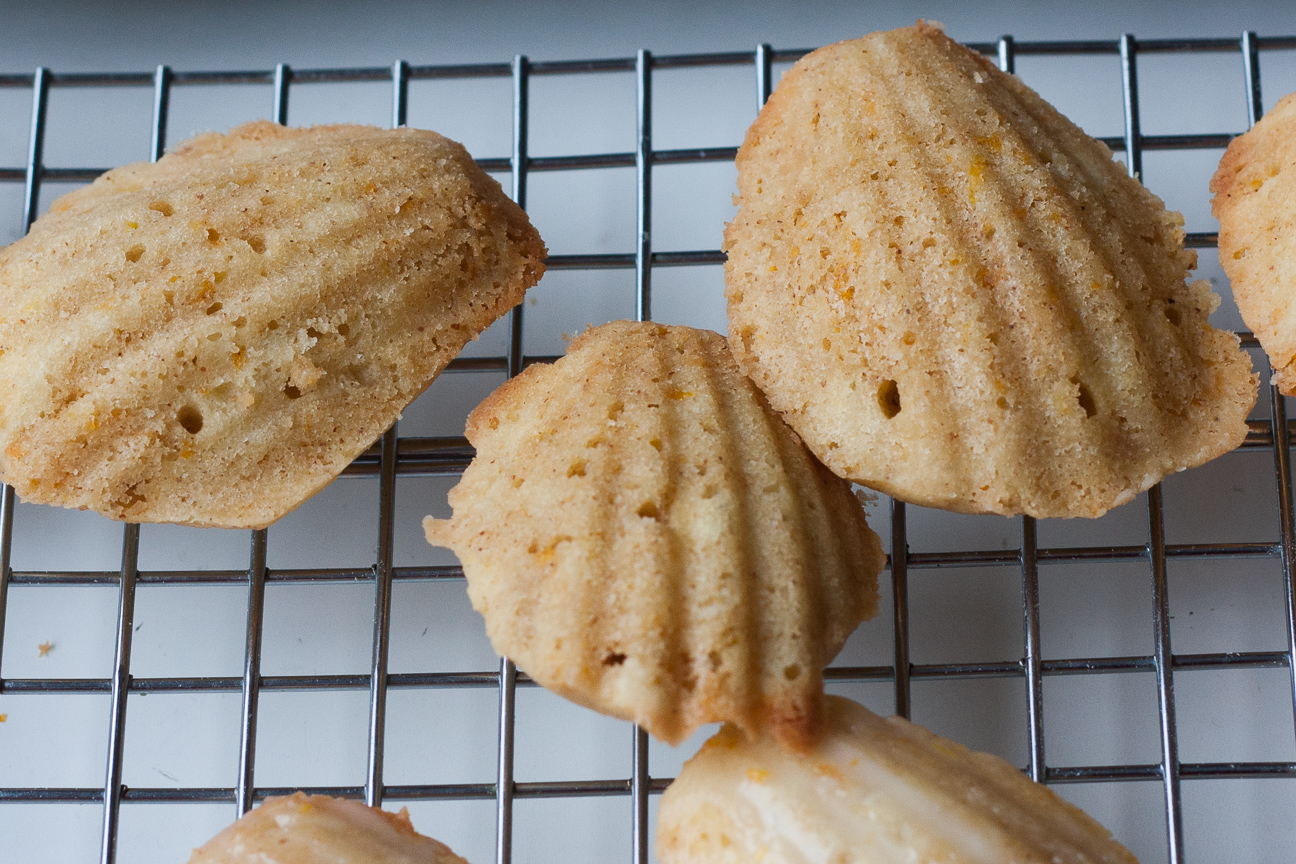 Regardless of who invented the original recipe, there is one person that made them popular for eternity: Marcel Proust. He wrote in his autobiographical novel ‘La Recherche du Temps Perdu” about eating a madeleine dipped in tea and the strong memories of his childhood that it evoked. 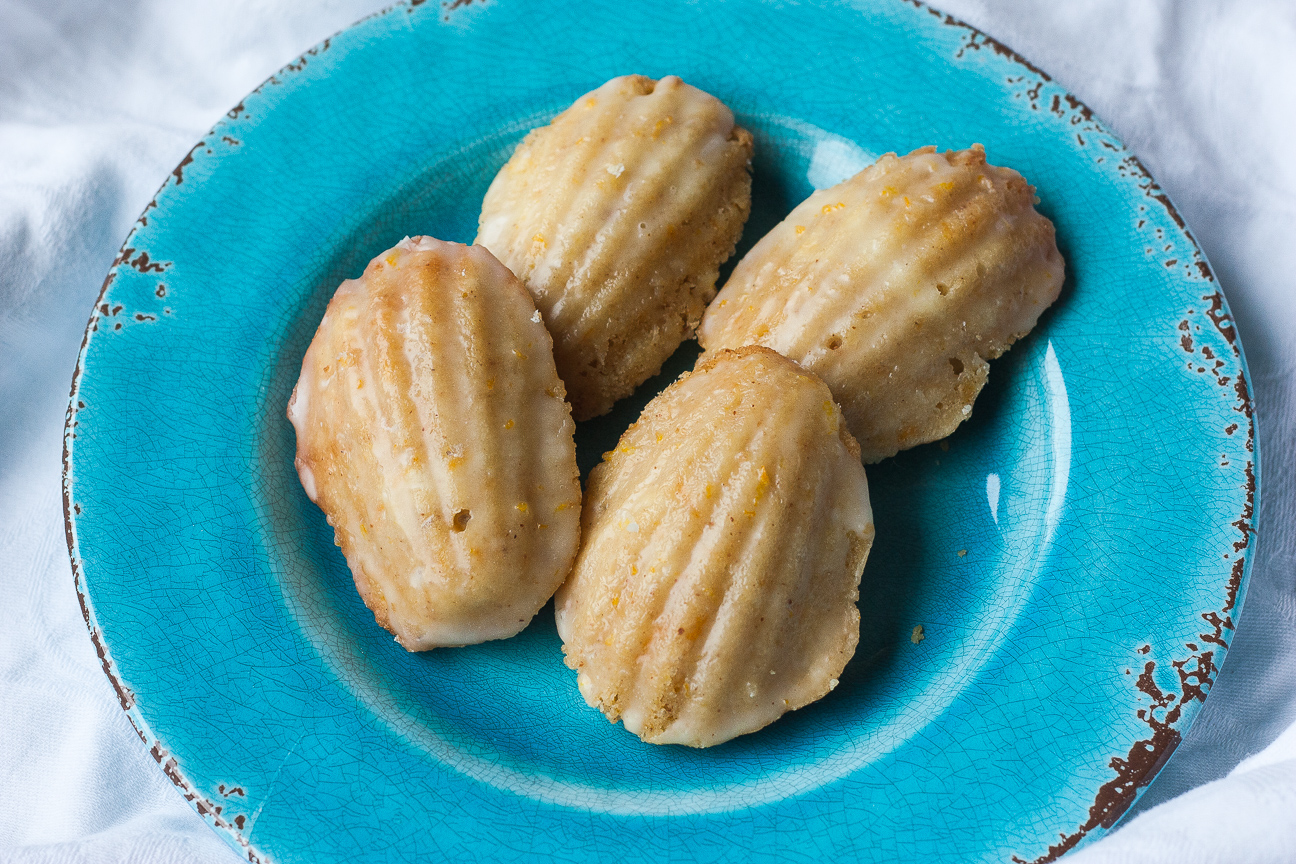