Chartreuse – The Elixir of Long Life 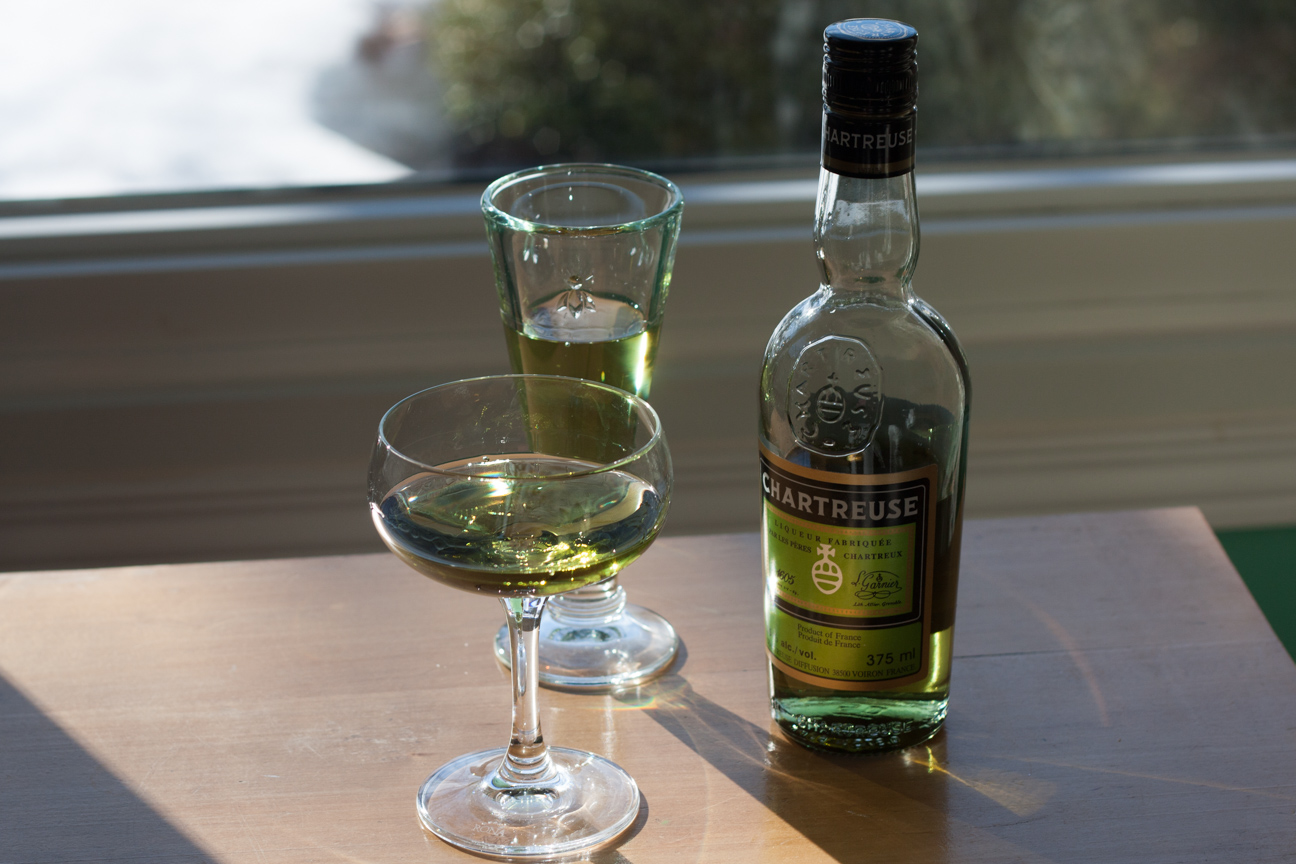 There are many good reasons to be happy that it’s March: March break, the first day of spring and our long Easter weekend starts at the end of the month. I decided to celebrate the beginning of March,  with a post on my favourite green liqueur – Chartreuse.

Chartreuse is a sweet and herbal flavored liqueur. Because it’s made with 130 herbs, plants and flowers, it has a mysterious flavour profile. It’s taste is more a medley of flavours than any one ingredient. I love so many things about this liqueur: the gorgeous green colour, the sweet and herbal flavour but most of all I think I love the mysterious history behind this notable drink.

The name of this liqueur comes from the Grande Chartreuse Monastery, located in the Chartreuse Mountains near Grenoble, France. It has been made by the Carthusian monks for almost 400 years. And only two monks, Dom Benoit and Brother Jean Jacques, are the only ones that know the secret recipe.

The recipe originated back in 1605, when the Chartreuse Monastery received a manuscript for an elixir as a gift from a diplomat of France. This elixir eventually got nicknamed The Elixir of Long Life. The manuscript was so complex that most people couldn’t interpret it. Over one hundred years later, it was eventually sent to the head monastery in the Chartreuse Mountains. After studying this manuscript for almost four decades, it’s mystery was finally unravelled by the Monastery’s Apoethecary, Frère Jerome Maubec and the elixir could finally be prepared. 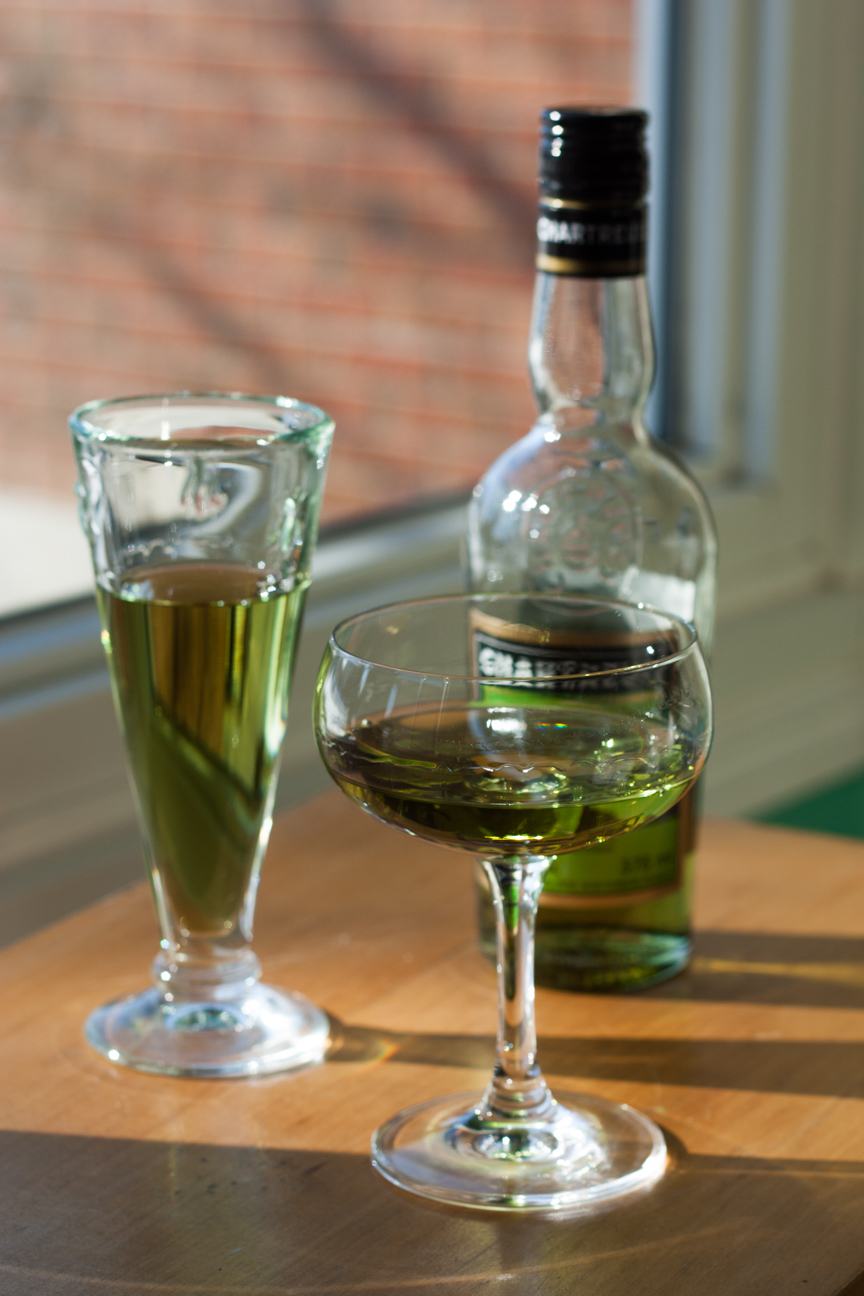 It was originally 69% alcohol and considered a medicine. But everyone loved the taste so much, they drank it as a beverage instead. A few decades later, around 1784, another monk altered the recipe to make it sweeter and lower in alcohol. At 55% alcohol, it’s still high, but less than it was originally. If you prefer a liqueur that is less alcoholic, there is a yellow Chartreuse which is sweeter and lower in alcohol at only 40%.

Each year, 24 tons of herbs and plants and flowers are delivered to the Monastery to make this noteworthy drink. The herbs and plants are dried, crushed and mixed in the Herb Room. The next step takes place in the distillery in Voiron. Only the two monks and two assistants are allowed to enter this room. In the distillery, the various series of herbs macerate in alcohol and then are distilled for 8 hours. The lovely natural green colour is from the last maceration of plants and herbs.

The distillation is done in stainless-steel stills. They have been specially designed for Chartreuse, so that the monks can monitor the distillation process from the Monastery, 15 miles away. After the distillation, Chartreuse liqueur ages in oak casks that are from Russia, Hungary or France. After the liquor has aged for a few years, the Chartreuse Monks will test the liquer and decide if it’s ready to be bottled. They are the only two that can decide. 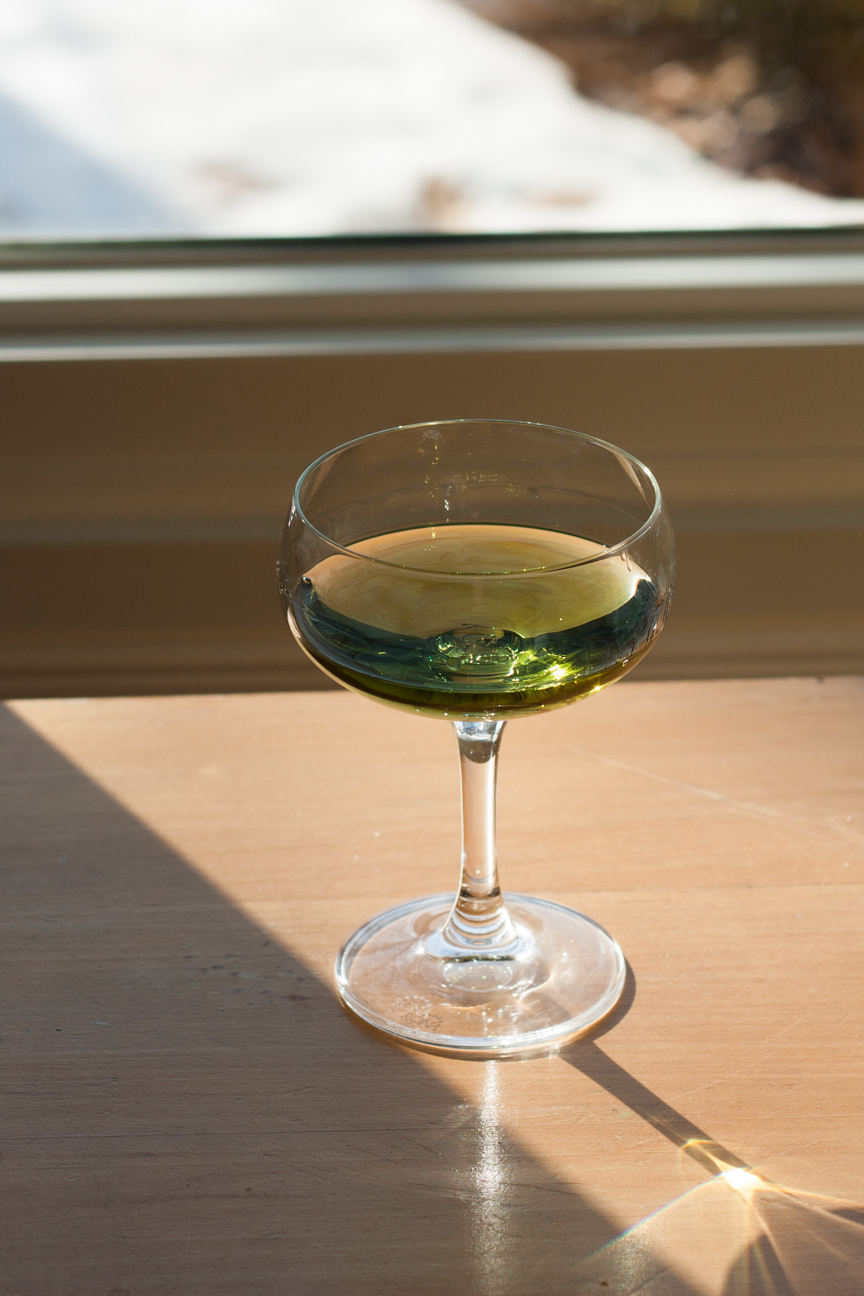 Chartreuse is meant to be enjoyed neat, not even any ice. It’s a super strong liqueur: measure one shot of Chatreuse into your favourite glass, and sip slowly. It makes a lovely after dinner drink. If you prefer mixed drinks, I’ve included a link for some cocktails below.

Here is some more information on Chartreuse

Want to make your own herbal liqueur?

Cocktails Made with Chartreuse