I love making this Cinnamon Raisin Whole Wheat Bread anytime of year. So, I don’t mind baking bread even when it’s warm out. It’s comforting, fills the house with yeasty cinnamon aromas. And toasted cinnamon raisin bread is always good as a a snack. Store bought bread is no comparison, once you have tasted homemade bread. Anyhow, that’s why I’m posting this recipe this time of year. I figure, if I love baking bread in all weather, then someone else probably does to.

This is the dough just getting ready to rise for me.

And here is my bread after it has been rising for about 90 minutes.

This photo shows both of my loaves in their loaf pans ready to go in the oven. The loaf on the left has been brushed with butter, but not the loaf on the right. You can see the glossy coating. You don’t have to add the butter, but it adds more flavour and softens the crust.

The bread looks so nice after it comes out of the oven. The crust should be a nice deep golden colour.

Imagine someone bringing you a tray like this for your weekend lie-in. A real treat!

Cinnamon Raisin bread with butter is lovely in the morning, but I like to snack on it anytime of day.

I hope you enjoy my Cinnamon Raisin Whole Wheat Bread! 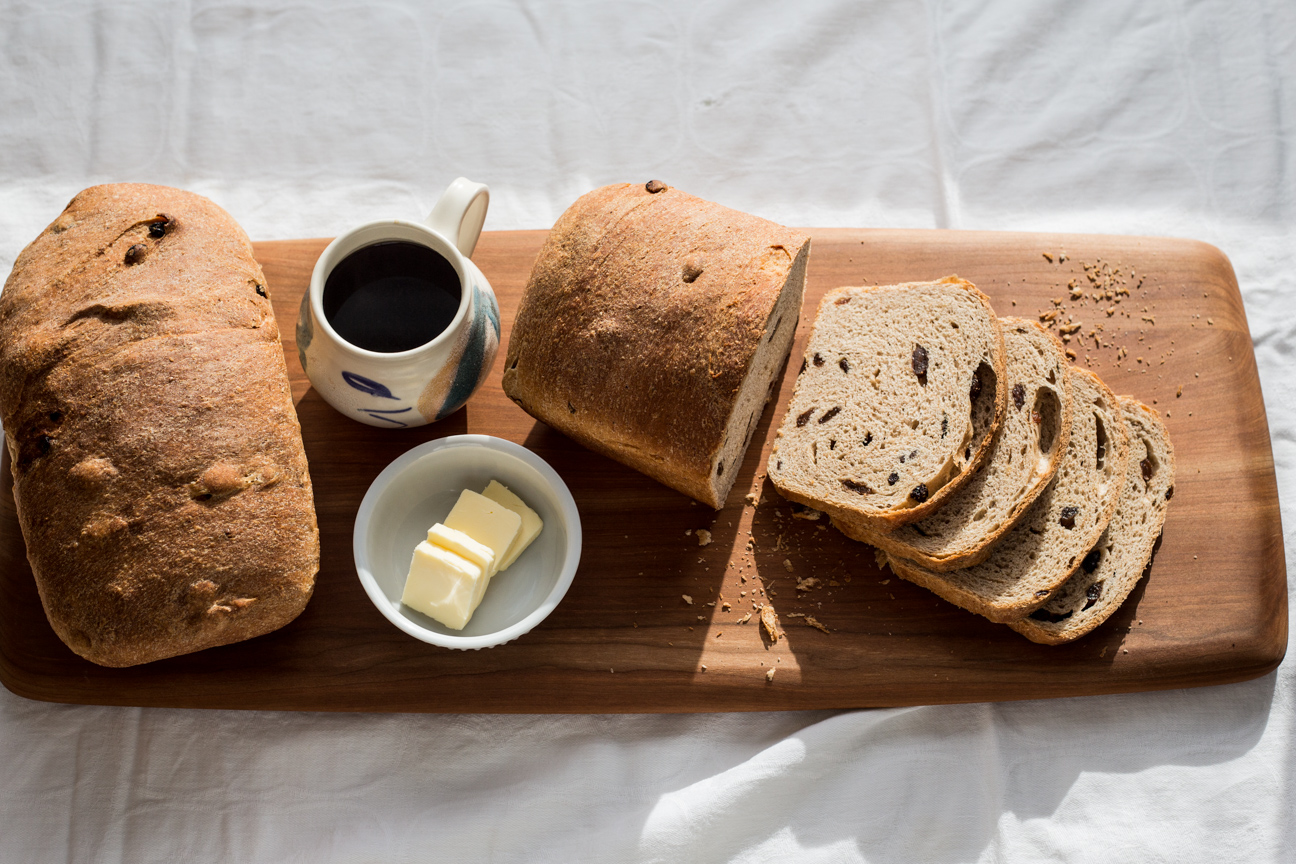 Mix together the milk, butter, raisins and honey.

Soften the yeast in the warm water.

Add the salt and cinnamon to the flours and mix.

Add the yeast/water mixture to the liquid ingredients, making sure that the liquids are not too hot as this will kill the yeast. The water should be a tepid temperature.

Add the liquids to the flours.

Mix the ingredients until they all come together.

Knead the bread on the counter until smooth and elastic. About 8 minutes by hand, less time with a mixer and dough hook.

Let the dough rise for two hours until it is double in bulk.

Press down on the dough to release the gases and shape the dough.

Cut the dough in half and place in greased bread pans.

Let the dough rise for about an hour, until it has risen just above the sides of the pan.

Preheat the oven to 350 degrees.

Brush the surface of the dough carefully with an egg wash (1 egg with about 1 tsp water).

Place the loaves in the oven and bake for 45 minutes until the tops are very golden.

Leave in loaf tins for about 10 minutes to cool down.

Remove loaves from the pan. You may have to slide a knife down the sides if it looks like the bread may have stuck a bit.

Leave the loaves on a rack until they have cooled down completely.

This bread can be frozen for up to about 2 months.

Store bread in a cool and dark place. 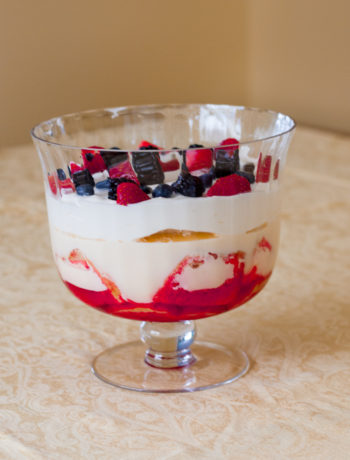 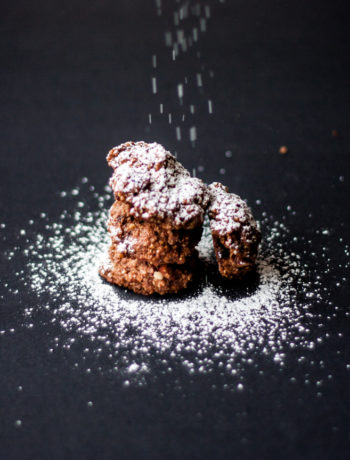 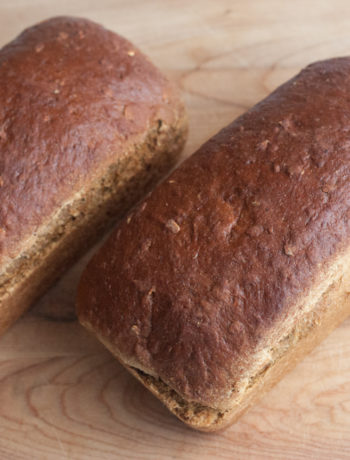